Dominika Hanc is a formerly predictable marketer who stopped taking life so seriously and challenged herself to try 100 NEW THINGS. She documents her challenge on her 100 NEW THINGS TO TRY blog and social media to encourage women who refuse to become another boring adult to TRY MORE THINGS they've never done before, DARE more, and HAVE FUN! You can find her posting embarrassing stories and describing all her adventures on her Instagram.

This conversation will have you thinking about…

Be the first to get updated on the next episode: https://bit.ly/jeneric-newsletter

Get the "I Needed This" kind of resources: http://jenericconversations.com/

Next Episode All Episodes Previous Episode

NEW EPISODE EVERY FRIDAYS.
Be the first to get updated: https://bit.ly/jeneric-newsletter

The "I Needed This" kind of resources: http://jenericconversations.com/ 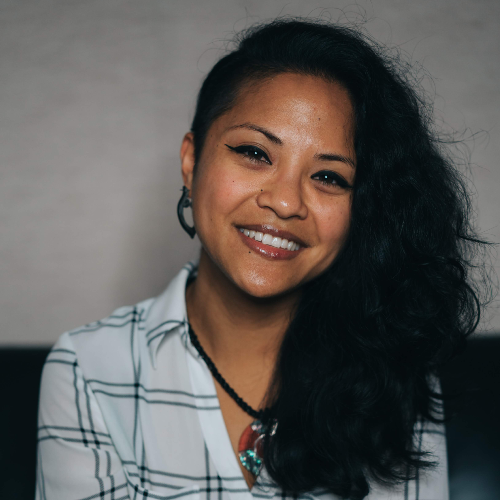 Jen Amos found podcasting in summer 2019 as a way to work through bouts of loneliness and mild depression. She had recently moved from San Diego, CA (her home of 20+ years) to now Virginia Beach, VA with her husband (Scott R. Tucker) and dog (Stuggi).

Jen is known for her active listening skills, candidness, and ability to uncover powerful stories and life lessons while interviewing her guests live. Her favorite topics to cover on her shows involve military families, entrepreneurship, the POC experience, and mental health.

Prior to podcasting and moving to the east coast, Jen received her Bachelor’s in Journalism emphasis Public Relations at San Diego State University and was fired from her fourth consecutive job in her young adult years. For nearly a decade since, Jen has grown a successful career in sales and in entrepreneurship. From 2013-2018, she founded and ran an online marketing agency where she had a chance to personally work with 100+ brands as small as solopreneurs to mid-sized businesses.

Jen’s been featured on multiple media outlets such as FedEx Office, The Living East, The ASIAN Reader, The Star News, The San Diego Union Tribune, NBC 7 San Diego, and SD Voyager. In May 2014, she was the youngest keynote speaker for the San Diego State University Filipino Graduation Ceremony. In 2018, her new business US VetWealth with her husband, Scott R. Tucker, was named 2018 Best Entrepreneur Start Up Company Awardee by the San Diego Business Journal & The Rosie Network.

Despite the multiple media outlets, events and organizations Jen has been fortunate to be a guest speaker throughout the years, her favorite medium of speaking has been through podcasting.